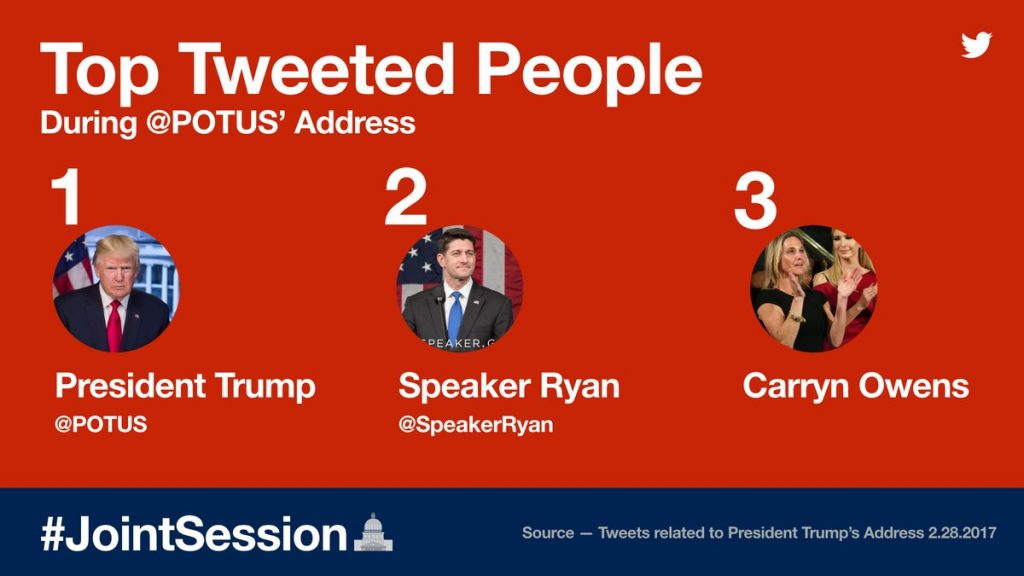 Trump reaches out for unity in first address to Congress

We are one people, with one destiny.

We all bleed the same blood.

We all salute the same flag.

And we are all made by the same God.

These are the top Tweeted moments from President Trump’s address to a #JointSession of Congress: 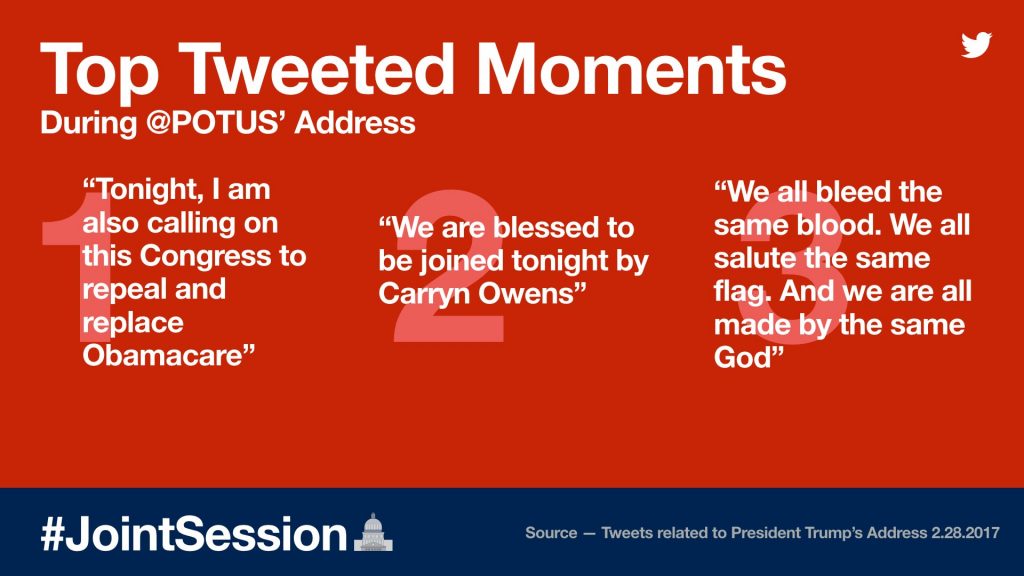 With 3M Tweets, tonight’s @POTUS speech was the most Tweeted #SOTU or #JointSession 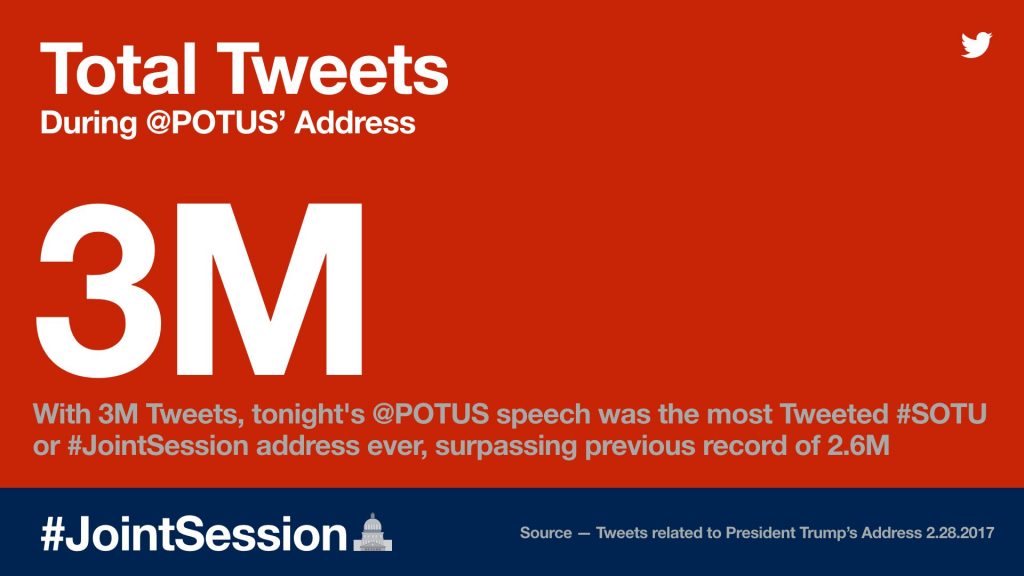